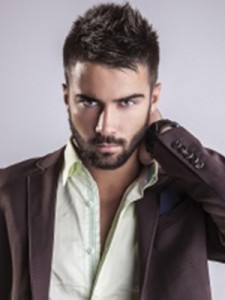 Is it just me, or is there a serious shortage of eligible men in the 205? I mean sure, there are plenty of red blooded southern boys who love their momma and know how to play a mean game of horseshoes. But I’m talking about the kind of guy who will pick you up in a helicopter for a first date and whisk you away on an exotic fantasy getaway like something out of 50 Shades Of Grey (without the whips and chains though please!)

Well I decided to stop complaining and do some real field research and see what’s really going on. Where are these up and coming, go-getter Alpha male types hiding themselves. After all, Alabama and the entire southern part of the country has a population that is growing at an explosive pace. Even those silly northerners are waking up to the fact that living in a place that turns into an Arctic wasteland for 4 months out of the year is just ridiculous and they are moving down here too, and some of them must be hunky, am I right? Here’s what I found…

For the most part you are not going to find quality men hanging around on their front porches drinking 40 oz bottles of beer. Sure it gets hot down here and sometimes it is rather enjoyable to kick up your feet under a shady tree and enjoy an adult beverage or five, but lets get real, the kind of winning bachelor that I am talking about doesn’t have time for such mindless activities. No, the kind of man you want is making power move in air conditioned comfort, probably wearing some kind of a sports coat and possible drinking a glass of room temperature bourbon. No offense to the swaggering studs sunning themselves by day, while day drinking and smoking doobies, but we’ve been their and don that – NEXT!

Moving on. How about down in the upscale South Side neighborhoods like Forest Park and Redmont Park? You might think you’d see Prince Charming himself jogging down the road sweat beading on his furrowed brows as he frolics in the morning dew. But alas, I never see anything like that when I drive through those neighborhoods. Definitely not stud central IMHO.

That brings us to downtown Birmingham. Yes, this is the place ladies, and if you aren’t already making a point to go out and ogle the manly eye candy on Thursday and Friday nights I simply do not know what you are waiting for. But that’s not even the best time to go. Nope, listen to this – happy hour on Thursdays at any number of the upscale Birmingham restaurants. This, this is wear the most hottest, most eligible men in the 205 have been hiding themselves. Trust me, it’s weird. Its like stepping into another world like Meg Ryan in An Affair To Remember. Thank me later ?

I came across this video while working on rebuilding this site and thought I’d share it with you. These guys sure swear a lot, and they keep asking if you “know what I’m sayin?” (Yes, we know what you are saying.) But other than that they seem like rather polite young men.